About the World Ethnosport

Ethnosport is a modern folklore form of sport events that allows to maintain the authenticity of traditional sports and games and make them relevant for perception of participants and spectators. The ethnosport theory was developed in 2011 by the Russian scientist Dr. Alexey Kylasov, who became the founding president of the World Ethnosport. The development of ethnosport is in line with UNESCO’s activities and programs promoting cultural diversity, the dialogue of cultures and the preservation of intangible cultural heritage for the sustainable development of society.

World Ethnosport (Society) is an international non-governmental organization (NGO), which brings together scientists, organizers of traditional games and events of ethnosport from 48 countries on all continents. Membership is individual, members of Society can become: the organizers of traditional games and ethnosport events; the scientists who have a significant contribution to the study of gaming heritage; the celebrities who have publicly declared their readiness to support the development of ethnosport. The development strategy of the World ethnosport is aimed at creating national ethnosport organizations and their recognition by the World Ethnosport, NOCs and State authorities of the countries.

World Ethnosport is included in 2018 in the Yearbook of International Organizations, entitled the Global Civil Society and United Nations Sustainable Development Goals by the Union of International Associations (UIA).

World Ethnosport interacts with various UNESCO projects on traditional sports and games – the UNESCO Permanent Consultative Council of the Intergovernmental Committee on Physical Education and Sports (CIGEPS), the UNESCO Interactive Atlas of Silk Roads, UNESCO Open Digital Library on Traditional Games (ODLTG), and the UNESCO Ad hoc Advisory Committee on Traditional Sports and Games (this committee was eliminated in 2019).

World Ethnosport have signed Memorandum of Understanding with UNESCO category II institutions – the UNESCO International Institute for the Study of Nomadic Civilizations, Mongolia, and the International Centre of Martial Arts for Youth Development and Engagement under the auspices of UNESCO (UNESCO ICM), South Korea.

The main event project of the World Ethnosport is the Ethnosport Challenge World Series of Tournaments – international competitions, that are held according to the rules and an equipment of local traditional games, with the participation of famous athletes from an International Sports Federations. An athletes participating in tournaments are required to comply with the Fair Play rules of the International Federations, including WADA compliance. World Ethnosport recognizes the competence and decisions of CAS in controversial situations with International Federations, whose athletes are invited to participate in tournaments. Ethnosport Challenge tournaments are held to expand the humanitarian potential of modern sports, they to preserve the Intangible Cultural Heritage of ethnic groups and the values of Fair Play. The series began in 2018. 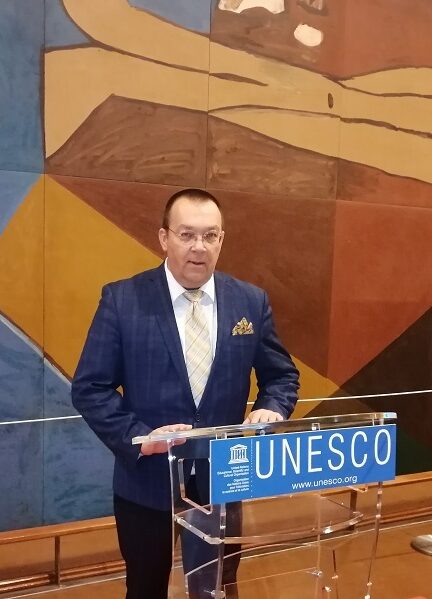 World Ethnosport (Society) is an international non-governmental organization (NGO), which brings together scientists, organizers of traditional games and events of ethnosport from 48 countries on all continents.

In accordance with the status of the UNESCO-accredited organization for the Intangible Cultural Heritage, World Ethnosport as the world’s first organization of ethnosport, as a premium partner of a high level of competence, provides EXPERT SERVICES to the National Commissions for UNESCO in compiling nomination dossiers.

Lets Get Started Your Participation In Award

Build great promotion of your traditional game, promote your ethnosport.

Are You Ready For?